After eight years during which the Israeli market faced a great challenge amidst global economic upheaval and uncertainty, the governor of the Bank of Israel announced earlier this month of his decision step down in a few months time.

We are talking about a governor who enjoyed significant success and managed to achieve great results – such as the legislation of the “Bank of Israel” bill, the decision to lower the interest rate right at the beginning of the “Sub-Prime” crisis as well as the successful representation of the State of Israel in various international forums.

Obviously, a massive part of Fischer’s abovementioned and other successes can be attributed to the fact he is a top class economist with unprecedented global reputation that earned him global recognition and respect. Fischer, who previously served as the chief economist of The World Bank, has also received the Governor of the Year award back in 2010. 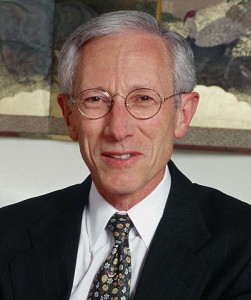 Upon his retirement, I believe we should discuss and elaborate on the challenges facing his successor – first and foremost – his duty to continue and represent Israel at the most important economic forums, without harming the positive aura Fischer enjoys at the most prestigious financial institutions out there – the IMF and the World Bank for example

The governor makes a difference when it comes to Macro-Economics

The actua budget of the State of Israel is composed by the budget department at the Ministry of Finance and approved by the minister himself, and yet, every governor had its own impact on the macro-economic policies of the government – and it is safe to say that Stanley Fischer was the most dominant of them all. His successor would have to try to become as assertive as his predecessor.

Furthermore, controlling and managing the interest rates wisely would be yet another key challenge facing the next governor. The interest rate is supposed to facilitate growth and employment on one hand – while preventing inflation – on the other. Unfortunately, the interest rates set by Mr. Fischer affected the constantly growing housing prices the last couple of years. The interest rate policy is crucial to the future of the real-estate market in Israel.

Moreover, the monetary police also set by the governor directly affects the dynamic relationship between the Dollar and the Israeli Shekel. In recent years, the governor has promoted a controversial policy focused on massive purchase of foreign currencies – and especially the dollar. Despite the criticism he had to overcome, we know understand that in times of global turmoil – we are blessed to have significant foreign currency reserves.

Understanding the mutual relations between Macro and Micro decisions

Finally, one of the key roles of any future governor would be to maintain the stability of the Bank in Israel and the entire banking system as a whole. History teaches us that when banks go bankrupt and suffer – the entire population suffers. Over the years, Stanley Fischer’s great reputation allowed him to stop several Members of Knesset from raising legislative initiatives of populist manner that would have damaged the banks. Fischer’s successor will find it a lot more difficult to achieve.

However, despite the justified and well deserved accolades, Fischer did not succeed resolving all of Israel’s economic problems during his tenure. Some things have even worsened. I believe that in order to fill the void created after Fischer’s departure, his successor would have to be an independent professional that will be able to correctly assess the connection between the macro decisions and micro reality we deal with on a daily basis.

Posted by Barry Ben Zeev  / on March 02, 2013  / Comments Off on The challenges awaiting Fischer’s successor  / in Blog