Two important programs were recently discussed in the media relating to the real estate market in Israel: the first is the zero percent VAT program for qualified, firs-time home buyers, and the second is the “target price” auctions, which will be 20 percent less than the market price. An article recently published in “Globes” reviewed the approval of the plan in the housing cabinet, headed by the minister of finance, Yair Lapid.

The government’s goal is to make things significantly easier for potential home buyers, and indeed it appears that this time it’s serious, and the government plans to implement these two decisions. The current government cannot allow itself not to implement these decisions, after no steps have been taken with relation to this matter for many years. And in relation to the same matter, it is worth noting that naturally, the finance minister as well as the prime minister are thinking of the coming elections and are interested in taking significant steps that will have long term effects.

Since the year 2007 up until today, very little has been done in order to solve the housing problem. What has been done is that direct taxes have been raised, which led to a moderate decrease in the prices of luxury homes. As a result, we saw foreigners investments stop in the last year due to the high purchase tax rate, which has led to a lag in the luxury market. However, this effect did not trickle down to the other types of homes, and this is not a concern for the general public. 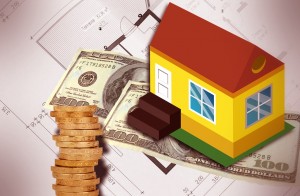 The best solution is to build more homes and increase the housing supply. Every year new families are established in Israel, and taking into account the high rate of divorce (which is on the rise) – additional housing solutions are necessary. In recent years, new housing construction rates did not match the increase in demand that arose from the creation of new family units every year.

An additional factor that must be taken into account is the lowest interest rate ever set by the Bank of Israel. Bonds rose astronomically due to financial leveraging and they can’t rise any further, and therefore it is important to understand – without taking a risk in stocks, it is very difficult to get a return on capital. This fact has pushed the public to invest in real estate, where they can earn more money from rent than from investments in banks.

The “Black Market” that is Expected to Develop

For a short period of time, it may be possible that the plan of finance minister Lapid (0 percent VAT) will be beneficial. According to the Bank of Israel, a black market could develop in this sector. I have no doubt that this will happen, and citizens will buy homes in the name of their grandchildren or nephews. For a period of three to four years this could lower the prices, but only if the target price plan will also be implemented. When the Israel Land Authority will sell plots for a lower price, the plan will help – and despite the rise in demand, the supply will also increase. It is clear and evident to all – without a target price program prices will rise rather than fall.

In any Case – This is not a Long Term Solution

The goal of the finance ministry is prevent a deficit. In recent years the government has enjoyed taxes, such us capital gains and purchase taxes, and the Israel Land Authority has not lowered the prices of lots. Ultimately, we are witness to over seven years of increasing prices, a large proportion of which the government is responsible for because it did not properly address the problem. It can be said that these “non-economical” proposals can be considered a real first step. The program must be tested over a period of four to five years, and only then can its success be measured.

The proposed solutions have the capacity to help, but on the larger scale, in my opinion, there is an increasing need to work together with local authorities and implement clearance and construction and T.M.A. 38 plans. In the Dan Region there are many neighborhoods that were built in the 50’s. Urban renewal plans should be encouraged, which would provide an impetus for tenants and entrepreneurs. This is cheap for the government, because there is no need for massive investment in infrastructure, as opposed to constructing a new neighborhood, and yet it seems that these plans are not being fully endorsed. In order to address the supply issue, projects such as these must also be seriously considered, and not only talked about.