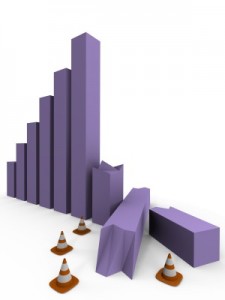 Despite the fact that it has been already three and a half years since the latest global economic crisis has erupted, it is obviously far from over. One of the most prominent signs indicating that the crisis is still solid is the municipal bankruptcies trend witnessed all across the United States. Unfortunately, as things stand at the moment – we should not expect a positive change in the near future.

The data speaks for itself: while the debts of the private sector in the United States have dropped during these three and a half years from about $42 trillion to “only” $39 trillion, the local authorities on the other hand have showed us the exact opposite – their debt has increased by around a trillion dollars during that same time period. Another example of the unprecedented growth rate of the municipal debt can be found by comparing the scope of the debt in 1990 to that of late 2008 – $10 trillion and $29 trillion, respectively.

Naturally, the municipal debts are closely and directly linked to the sub-prime real-estate crisis. The property tax is obviously the main income channel of every local authority out there. When citizens find it difficult to purchase houses and properties, and pay their mortgage – the municipal ongoing revenues take a fatal blow.

And here is where we enter the political realm. Even when in great debt, local elected officials do not wish to cut services provided to citizens because they fear to lose their jobs. Hence the required cuts aren’t made and the debt grows yet again, probably reaching giant proportions. This recent June for example, the city of Stockton situated in California wasn’t able to pay its employees and provide services for its citizens – it in fact went bankrupt. Stockton, inhabited by 300,000 American citizens, is also the largest city in the United States that went bankrupt since the beginning of the crisis. When the bankruptcy was finally confirmed, the extent of the city’s debt was about $300 million.

The situation of the U.S. economy at this time indicates that in the near future, drastic budget cuts would become simply inevitable. The people making the decisions will have to cut the services on one hand and make significant personnel cuts on the other. Until then we should not expect a positive change in the already unpleasant state of the U.S. local government.

Posted by Barry Ben Zeev  / on August 05, 2012  / Comments Off on The Municipal Bankruptcies in The United States Are Not Likely To Stop Soon  / in Blog