The Greek Debt Crisis: The bailout only postpones the inevitable, doesn’t solve the European problem

A few weeks ago Greece’s bailout agreement was signed, which requires the Mediterranean country to carry out reforms which will rescue them financially and prevent it from leaving the Eurozone. In return for the various reforms that Greece will implement, Europe will provide it with financial support. In the following lines I will try to show the agreement in a slightly different light, as I think it will not solve the problem, but only postpones the inevitable.

Unification of countries which are very different from one another 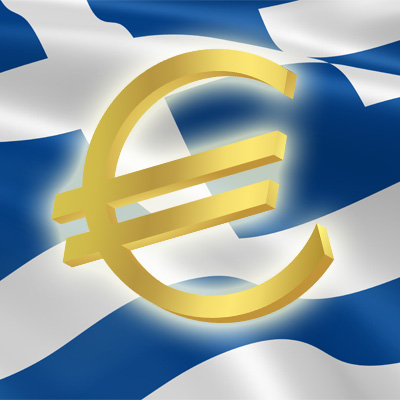 It can be said that Europe ‘got stuck’ in a state of monetary union together with different countries, with different inhabiting peoples, different cultures, and dissimilar economies – this is the actual underlying problem. It is likely that EU leaders knew this, but the desire to be like America with a single currency won out, although European states remain politically independent. It is quite clear that there are significant differences between the Northern European countries and the countries of the South, both in their general mentality and in their business mentality.

Greece found itself in a crisis mainly due to problems of non-payment of income tax from its citizens – in much larger percentages than European Union member countries which are considered more advanced, such as Germany, Belgium, Holland, and Luxembourg, and even France, which is fighting against tax evasion, but civil behavior is more moderate due to fear of the authorities. In my opinion, the undeclared capital is one of the main reasons for this crisis. As I mentioned, of course there are very large cultural differences between different countries and therefore we see the crisis repeated time and time again.

What can be done from here?

Europe and Greece are facing very difficult decisions. On the one hand, removal of Greece from the Eurozone could be very damaging to Europe, as other countries may follow Greece in a domino effect and shake the EU, due to the political unrest. In such a move, the powerful countries in the Union can also lose out, such as Germany, which has the strongest economy in the Eurozone and which carries the EU on its back, but also benefits from its fruits. Germany has extensive trade relations with various countries and if one or several countries in the Eurozone leave it means fewer exports from Germany, which could hurt economic growth and raise the unemployment level.

Greece is also caught in a trap: the EU prevents it from getting out of the crisis using fiscal measures by not allowing it to enter into additional deficit in order to develop its economy. On the other hand, it also cannot choose to devalue its currency and lower its relative prices, for example, in order to reduce the cost of goods in the tourism industry – devaluation would significantly lower the price of tourism compared to competing companies such as Turkey and Spain. Meanwhile, the opposite happens, Greece’s primary export sector, tourism, suffers from the fact that many tourists avoid visiting due to political unrest.

The European Union is facing a problem: the United States emerged from the crisis of 2008 thanks to measures taken by the US Federal Reserve, led by Ben Bernanke, Federal Reserve Chairman during the crisis. The Americans reduced interest rates and carried out fiscal expansion. Bernanke tried as much as he could to avoid a repeat of the Great Depression era. Europe has taken the opposite policy and is now trying to make changes in its policy. The Greek issue is disrupting recovery, even if it is a small economy – the Greek problem affects Europe and makes it more complicated to achieve a solid recovery, especially on a psychological level.

Posted by Barry Ben Zeev  / on August 16, 2015  / Comments Off on The Greek Debt Crisis: The bailout only postpones the inevitable, doesn’t solve the European problem  / in Blog