Whether you have had the chance to watch the news in recent days or not, you probably heard about the Israeli government’s intention to impose a new series of harsh economic measures, some of which, have already been implemented. In a letter sent a few days ago by Ofer Menirav, CPA, and the Chairman of the Israeli Institute of Certified Public Accountants’ Tax Committee, to the Finance Minister, he called upon him to call off the upcoming economic measures, as well as those that already came into effect. 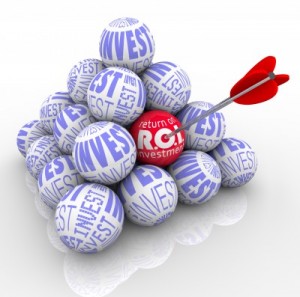 According to Mr. Menirav, the missing income void can be easily filled by taking one simple step – reducing the tax rate on dividends provided to Israeli shareholders by companies operating outside of Israel. The current tax rate is 30% and Menirav suggests it should be reduced to no more than 10%.

I think that Mr. Menirav’s proposal is a sensible one and that it should be adopted as soon as possible for several reasons: First, experience has showed us that the current tax rate of 30% does not necessarily serve as a guarantee as far as the tax collection rate is concerned. Most dividend withdrawals were already made last December before the tax rate has been changed, and so this year we expect to see much less potential withdrawals. Hence the tax burden will mostly hurt the private sector, and especially the struggling middle class.

In other words, our decision makers have recently raised the tax rate on dividends, however, in practice; this step hasn’t yielded and will not yield any significant withdrawals that will influence the general income. The people that had just recently made a dividend withdrawal will not withdraw again for a few years – unless the current regulation is changed.

Make no mistake about it. By lowering the tax rate and going through with Mr. Menirav’s recommendation, fresh capital will surely flow into the Israeli economy. This will also bring back the entire market to life – without harming any citizens. Finally, lowering the tax will bring us a step closer to a transparent economy, rather than an underground “black” one.
You know what they say – a bird in hand is worth two in the bush.

Posted by Barry Ben Zeev  / on August 09, 2012  / Comments Off on Reducing The Tax On Dividends Given To Israeli Shareholders Is The Need Of The Hour  / in Blog