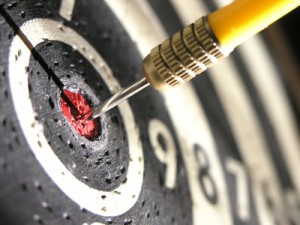 A few months ago, the Israeli government has decided to form a committee in charge of putting forward numerous recommendations as to the future decentralization of the Israeli market. Despite the fact that the committee itself hasn’t been the single decisive factor hurting the Israeli business sector, it is safe to say that the total amount of regulatory changes in recent years, has in fact slowed the business activity and probably deterred some potential investors. I can therefore relate to the recent remarks made by Aharon Fogel, Chairman of the “Migdal” Insurance Company as to the harmful spectrum of regulatory changes we are witnessing almost on a daily basis.

Nevertheless, the decentralization bill, which is based on the recommendations put forward by the committee, has just recently passed the first reading in the Knesset. Hence, it will take some time before it will be finally approved, not before being subjected to numerous legislative modifications. Furthermore, given the fact that the implementation of a vast majority of the recommendations has been  postponed for a period of six years, the conclusion is inevitable: The real effects of the decentralization bill would be possible to measure in right about a decade from now.

In order to illustrate the importance of time in similar affairs, we ought to go back to the Bachar Committee which has been praised initially and criticized later on (by the same people) when the “Bachar Law”, based on the recommendations of the committee was passed. The lesson is therefore clear: It is very difficult to predict the future market behavior when facing upcoming regulatory changes. Whether we like it or not – these are all long-term processes.

I have no doubt that in the bottom line is that the decentralization bill makes perfect sense because cross-holding of real and financial assets and corporations, serves a fertile ground for possible conflicts of interest by shareholders, even if they themselves are not the ones actually initiating them. The mere ownership creates enough psychological pressure as a result of a possible conflict.

I expect that In the near future and even a bit further, we would probably witness many shareholders selling their real and financial assets. However, it would be quite difficult to predict the identity of the future buyers. Shlomo Eliyahu is about to purchase the “Migdal” Insurance Company – so he would probably be out of the game soon enough. Apart from Eliyahu, it is hard to put a finger on an Israeli company being able to spend the necessary capital in order to purchase “Hamizrahi” Bank or the “Paz” corporation for example. Thus, the most likely scenario would be the entry of foreign investors – without whom it would be quite impossible for the Israeli holders to get a reasonable price for the assets they hold.

At this point, the Israeli economy in general and the business sector in particular seek a regulatory pause that will only benefit anyone involved. A regulatory time-out is the key to economic growth and attraction of wealthy and reliable investors from overseas – into the Israeli market.

Posted by Barry Ben Zeev  / on August 03, 2012  / Comments Off on Market Decentralization is an important process that should be implemented step by step  / in Blog