After being recently exposed to the Israeli Labor Party’s (HaAvoda) economic plan, I would like to dedicate this post in order to comment on a few key points which I would like to analyze from a purely-professional economic perspective:

Size of the Budget

The Labor party declared that they suggest a larger budget but not a larger deficit. In this case for example Yachimovich offers increasing the overall budget as opposed to the neo-liberal philosophy which has been a lot more popular and during these last three decades (since the days of Ronald Reagan and Margaret Thatcher in the United States and the UK – respectively). 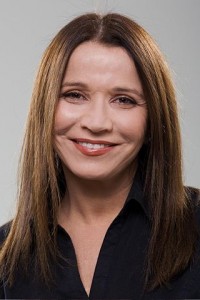 Ultimately, it all comes down to two conflicting approaches. One approach argues that in order to ensure the growth of the economy, the budget must be as small as possible. The other one obviously states the opposite.

The first approach represents a sharp contrast to other studies that prove that as long as you don’t increase the deficit – you can actually increase the budget in order to increase the scope of the social services provided to the citizens by the state, while at the same time emphasizing greater investment in human capital – education, health and a social security network.

In other words, you cannot say with much certainty that the budget proposed by Yacimovich will in fact slow and harm the growth rate of the economy.

For comparison and illustration, we can consider the election of former Brazilian President Lula da Silva a decade ago. With the election in sight many believed that Lula’s socialist past and proposed economic plan will harm Brazil’s growth.

Nevertheless, the exact opposite happened: Brazil has grown to become one of the world’s most prominent economic super powers. Lula has implemented several social-democratic policies that helped expanding the services provided to the country’s lower status’ population. We obviously cannot and will not compare the Brazilian economy to that of Israel, and yet this is in fact an interesting topic to reflect upon.

The issue of economic crimes is one of the most prominent topic appearing at the Labor Party’s economic platform and we should all support it. Many people in Israel fail to report their income – both small and medium business owners, as well as top crime syndicates and experienced crooks.

The war against this phenomena had only started and any future government should allocate as much resources as possible in order to increase the number of police staff and police units dealing with economy-oriented crimes – putting tax-evaders first. This is unequivocally one of the most critical areas for the future of The State of Israel.

It is important to note that experience has showed us that wars against the “black capital” had proved themselves efficient only in countries in which the marginal tax rates were reasonable. This is because a reasonable marginal tax encourages people to pay their share and actually reduces the motivation to avoid paying taxes in the first place.

If we have already mentioned taxes, It will be therefore impossible to ignore the far-reaching proposals of the Labor Party Chairwoman regarding her intention to raise corporate taxes and increase tax rates for people earning over NIS 50,000 a month. Both proposals are quite dangerous and could in fact harm the growth of the economy.

First, any corporate tax increase beyond the current level might scare off investors and companies operating in Israel. Second, increasing the tax rate on a monthly salary of over NIS 50,000 per month is an anti incentive for talented employees who earn a NIS 50,000 to NIS 70,000 monthly salary fair and square. Moving forward with such a step is in fact a bit dangerous since it will probably slow down the economy.

At the same time, implementing a surtax for over NIS 1,000,000 is a reasonable move not harming the economy

Miss Yachimovich’s suggestion to limit by law the monthly salary paid to senior  executives to a rate of 50 times the salary of the same company’s junior staff is first and foremost an ethical issue that can be debated. We ought to remember however that whichever position we choose will not affect the future growth of the Israeli economy in the long run.

Diverting resources and finding solutions that will allow for the Institutional Investors to participate in the financing of public housing construction is a move in the right direction. There is no doubt that such a move will stop the negative rise in housing prices and increase the existing supply. Furthermore, I believe that renting long term apartments for young couples under regulated prices is a very welcomed move because it reflects an utmost interest of our economy.

Unfortunately, over the years many Israeli governments (and especially those who served in office from the beginning of the current millennium) have failed to present a comprehensive solution to a very serious housing problem in Israel. Moreover, the government’s failure to act has actually harmed the young couples that had to deal with financial hardships without being able to afford to buy an apartment even after years of marriage.

Finally, it should be noted that the housing expenditure is the heaviest and most significant spending an average family is faced with. Reducing the overall spending on housing will benefit middle class families and will allow to increase their standard of living, thus increasing growth

Posted by Barry Ben Zeev  / on December 30, 2012  / Comments Off on Five Insights on The Israeli Labor Party’s Economic Plan  / in Blog