Appointing External Directors is the answer to the GOC’s Crisis

The Israeli economy developed in a manner which led to the creation of many strategically important Government Owned Corporations (GOCs) such as the Israeli Electric Corporation, The Ben-Gurion Airport , The Israeli Railroad Corporation and so on.

I believe that in order for the Israeli economy to benefit and prosper, these companies should managed in a modern manner and in this context it is rather clear that the state has its own interests. Massive privatization efforts might lead to a reality in which the Board of Directors will try to advance causes that will result in a conflict, to say the least, with the interest of the state – and we shall not allow this

The IEC is to blame for inadequate financial management

For example, if we take the Israeli Electric Company (IEC) as a case study, a simple check will reveal that as far as merely electricity prices is concerned, they are not higher in comparison to what you have in the West. However, the financial management at the IEC is outrageous with the last sudden 1.4 Billion NIS hole in the budget is a case in point.

So the most important question here is what would be the optimal solution aiming for both better financial management as well as for not giving up on the state’s stakes at the company. 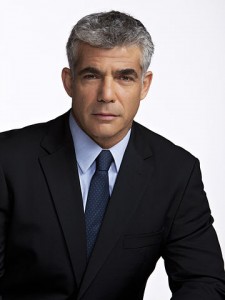 On paper, one of the imaginable solutions would be to implement the same model used in the Banking world – appointing a specially designated supervisor in charge of all Government-Owned Corporations who will do his best in preventing ongoing strategic errors in real-time.

I personally believe that the solution does not lie in privatization or in the establishment of yet another bureaucratic supervision authority, but rather in the appointment of 2-3 external directors to seat in every GOC’s Board of Directors. Those external and independent directors will be selected by an independent committee headed by a judge who would in turn, be also free of any political pressure or conflict of interest.

The external directors that will be appointed would be individuals with significant previous Board of Directors experience. They are supposed to be people who have already served in the Boards of Directors of the market’s biggest corporations. Moreover, finding the balance in government’s Boards of Directors in a direct interest of the state – for example, it ought to consider in which cases the Chairman of the Board should be in fact appointed by the state.

Constructing an Airport in the Negev – not so fast

When we take a look at yet another government decision, to invest money in building an airport in the Negev (a decision leading up to a 9 Billion NIS deficit), I can assure you that this decision wouldn’t have been approved in the first place had an external director had to make the call.

The appointment of external directors can only solve the problem if the companies will stick to proper corporate governance principals and norms. For example, we have to ensure that significant decision will be made only in a forum (an audit committee) in which the external directors would have a majority. The independence of the audit committee will prevent politicians from forcing decisions that will not advance the company’s interest.

Finally, it should be noted that the appointment of external directors can take place only after 20-25% of the company’s share are out there on the stock exchange because only then will the SEC rules can be applied.

Posted by Barry Ben Zeev  / on April 17, 2013  / Comments Off on Appointing External Directors is the answer to the GOC’s Crisis  / in Blog