Consumer Credit is on the Rise – Does it endanger the Israeli Economy?

In the past months, we have witnessed a rising trend in the domain of household credit in Israel. For example, just in the last few days, articles were published in key media outlets regarding the upsurge in loans from credit card companies, despite high interest rates, and the fear of Israeli banks flooding households with loans. 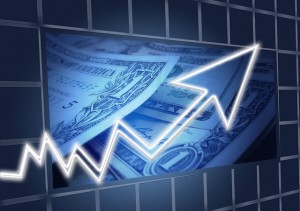 This phenomenon of increasing credit for households in Israel was expected, and in practice, we see that in banks, there is an increase in credit balances for households. This increase is evident both in the credit card companies and in the off-bank credit market (private companies that provide loans). Other off-banking entities are considering entering the domain of household credit. According to international indices, the rate of household credit in Israel is not high. However, in the past year there has been an accelerated increase in credit to households. It is worth analyzing the pros and cons of this trend.

On the national level, in a sense, it’s kind of like “giving a sick person half the medicine they need”. About almost a decade ago, in 2008, most of the world entered into a severe credit crisis, and one of the factors that led to this crisis was credit of households and students;those who couldn’t pay the loans  were granted with credit that had low probability to be repaid. Some of the non banking companies collapsed and threatened to shake up the banking system, because they were leveraged through the banks. From this case study, it is quite clear that there are risks in issuing consumer credit in a large scale. This is the place to note that one of the reasons that Israel was notbadly hurt in the 2008 crisis is that the level of credit for households in the country was relatively low, percentage-wise, in relation to the western world.

If this trend of rising consumer credit continues, it may get out of hand in the medium term, and endanger the Israeli economy. This is where the role of the government comes into play – to continually ensure that the consumer credit market is under control.

What is the chance of a crisis in the Israeli economy? There is a risk that growth will come to a halt, that the housing prices will drop, and unemployment will rise – which will lead to a credit problem in the economy. This risk was not present about 7 or 8 years ago. Today, the risk level is not too high, but only moderate. However, in the event that the trend in consumer credit continues to rise, the risk will increase in the coming years.

The Objective – Lower the housing prices, but don’t shake the market

We mentioned the housing prices, and we’ll briefly refer to this subject here. Although the government wants prices to drop, there is room for a decrease in housing prices in the market, but not for its collapse. This is a shared interest of both the country and young couples. There are opposing trends to the decrease in prices, for example, immigration from France and England, large numbers of children per household, divorced couples who require two apartments, and more. So that if we look ahead, we can see that the demands will never end. Nevertheless, the prices are too high in some places, and the objective is to lower the prices (at a level of 10-15%), but not to shake the market, which may lead to a significant problem on the national level.