Limiting the Use of Cash – Can We Expect to Benefit from the Reform?

News and financial stations, including “TheMarker”, recently published stories reporting a reform expected to be presented soon which will limit the use of cash. As part of the reform, cash payment for transactions greater than 5,000 NIS will be prohibited. Likewise, check trading will be discontinued and checks may only be issued as payable to the beneficiary. Furthermore, the use of debit cards will be regularized – transactions will immediately debit the user’s bank account and credit the business. In essence, these will serve as a replacement for cash in large transactions. 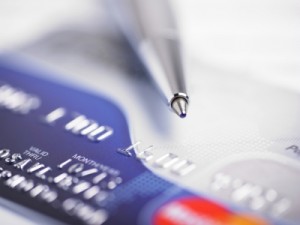 Credit Card – Almost the only alternative for cash (adamr)

A good idea which will lead to documentation of transactions

There is no doubt that one of the main problems in the Israeli market, as well as other markets in the world, is the issue of the black and gray markets. In these markets, transactions occur without paying taxes to the government. As a result, many countries, including Israel, find themselves in a constant deficit. This is an absolutely unjust situation for those who pay taxes – both morally and financially. If we are interested in a free and capitalist market, in which entrepreneurship and ability to create profit, it shouldn’t be achieved at the expense of taxes which should be paid to the government. However, it is also important that taxation not be too high – but this is an issue for another discussion.

The popular method to avoid taxable transactions is to use large amounts of cash. Only recently, the Income Tax Authorities discovered that a large percentage of citizens own luxury cars – many of these cars were purchased without being reported, and their owners do not report earning corresponding salaries. This example describes an inconsistency and apparent lack of reporting of transactions which occurred. Therefore, the idea to limit certain cash transactions is a relevant one. Therefore, banks and merchants will not need to report every transaction performed in real time, but this way there is documentation in case of a tax audit.

The consequences for the banking system

Limiting the use of cash will have a great effect on the banking system. It will not be possible to pass these regulations without debit cards – and banks will have to prepare accordingly. Debit card users will likely be comprised of people who use credit cards, as well as people who do not carry credit cards.  One population that could be hurt by the use of debit cards is people who have a overdraft in their bank account, since in situations where payment is not approved, the transaction will not be permitted. The fees for use of a debit card are expected to be low, such that everyone can benefit – both the merchants and the consumers.

The ultra-orthodox sector – Likely to be hurt (Christophe-cagé)

Currently, anyone who does not want to use cash can only choose between paying with a credit card or a check. Merchants and suppliers who accept checks take the risk that it may bounce. This reform is expected to reduce the number of checks in the market and thereby solve, at least partially, this problem.

Who is likely to be hurt by the reform?

Limiting the use of cash is a very positive idea which is expected to do only good to the Israeli economy. It’s possible that 5,000 NIS is too low a sum, but in any case, for large transactions of tens of thousands of Shekels, it is necessary to limit the use of cash.